Thank you to Crain Automotive News for publishing the wonderful article on our leadership and dealership!  To see the original article click here!

Katie Bowman Coleman and her father John didn’t always agree on how to modernize the family business, John Bowman Chevrolet in Clarkston, Mich.

In fact, Coleman, 49, left the dealership in 2009 and enrolled in General Motors’ women’s retail network program, training to open her own store.

“But the family interceded, and we settled our differences,” she says. She returned in 2011 and replaced her father as dealer principal in early 2012, several months before his death.

The store had done well since John Bowman purchased it in 1976, as Clarkston grew from a sleepy Oakland County suburb 40 miles north of Detroit into a built-out bedroom community in Michigan’s richest county.

But what Coleman took over in 2012 was a single-point operation surrounded by four Chevy franchises less than 15 miles away. And in an era of stair-step factory incentives that reduce the wholesale costs of higher-volume outlets, she needed to grow to compete against larger dealership groups in metro Detroit.

Coleman took swift action. She opened the store on Saturdays, revamped the Web site and advertising, replaced a sales manager, expanded service facility capacity, refurbished the showroom and made the store more inviting for female customers. Expanding the four-car showroom was impractical because it’s landlocked in a busy urban business district.

Through the first half of 2013, sales of new vehicles rose 42 percent compared with the same period last year to 736 units. Used-car sales rose 20 percent to 352. Service business is up 40 percent.

It’s still a single-franchise operation, but Coleman says the store is already more competitive against the big groups, as measured by Chevrolet’s regional sales yardstick that compares the market shares of dealerships within metro areas.

“We’re already up three levels of sales effectiveness,” she says. “The changes are working.”

Opening Saturdays was an easy decision. Virtually all other Detroit-area dealerships are open six days, so joining them both eliminated a business disadvantage and added sales and service capacity without new brick and mortar.

The modest-sized showroom still holds only four vehicles, but after a recent updating it is brighter and seems larger. The solid walls that closed off the sales team’s offices around the perimeter have been replaced by transparent panels.

In the garage, shop foreman Jimmie Roy is overseeing installation of the last of several new, more efficient hoists and wheel alignment rigs.

“Her father always made sure we had all the equipment we needed in service, but Katie is even better,” says Roy, 43, adding with a grin: “She’s going to spoil my guys by putting air conditioning in the break room.”

John Bowman Chevy has 18 service stalls and will add several more as the five-person body shop operation moves into another facility nearby, freeing up space. Roy just hired his 10th full-time technician and has seven who are certified master mechanics.

“We have to keep growing,” Roy says. “We’re just scrambling to keep up with service demand.”

The oldest of three daughters, Coleman didn’t always think her future was in the auto business. She grew up knowing her way around the compact dealership before heading to Granville, Ohio, to study speech communication at Denison University, her parents’ alma mater. She spent the next five years working for the Ralph Lauren fashion house.

“I didn’t officially work at the store until I was 27,” she says. “I started working the parts counter and drove the parts delivery truck. Dad had me on a full rotation through every department — back end, front-end finance, on the sales floor, then accounting in the main office.”

And now back in the family business, Coleman added a master’s degree in finance at nearby Walsh College, attending nights and weekends. And a year after giving birth, Coleman went through the National Automobile Dealers Association’s yearlong dealer candidate academy program.

“We were all about the same age, but I was the only one with an infant, so everybody called me Mom,” she says.

Coleman has long worked to enhance the dealership’s reputation as female-friendly, says Rhonda Jensen, director of service, parts and body shop. Coleman has hired more female sales and service-writing personnel, but in a sense it’s just tweaking a family tradition started by her father, she adds.

“I started as a car biller 23 years ago,” Jensen says, “but Mr. Bowman let me sell cars after I finished my regular work every day, then moved me to service writing and eventually I took over service.”

Coleman has stepped up involvement with the local Chamber of Commerce, including this year sponsoring a “Women in Business” lecture series with outside experts hosted by the dealership.

Making it easier for women to buy a vehicle and get it serviced is only an extension of how to treat any customer, Coleman says.

“But it absolutely is a competitive advantage” when women are the primary deciders on 80 percent of all vehicle purchases, she adds. “Nobody has a larger proportion of decisions of what is bought.”

You can reach Jesse Snyder at jsnyder@crain.com. 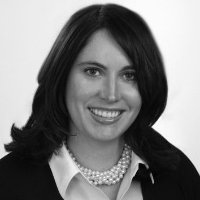 Allison Richards is one of our new car salespeople and a fun addition to our Bowman team. Allison joined the Bowman team in October of 2010 and finds that selling cars gives her a “platform for which to serve people.” Allison is a unique soul who speaks fluent Spanish, loves to sing, travels internationally… and, in her “spare time” does mission work, photography and is the maid of honor in her sister’s upcoming wedding. Alison’s desk is decorated with Thank You letters and pictures from her life as well as fun books like her antique “Yuppie Handbook.”

When you sit down with Allison her true nature shows and it isn’t hard to see that she sets people at ease. In her job at Bowman, Allison enjoys meeting folks from all walks of life and especially enjoys helping first time buyers and people with disabilities. She believes her background and education in counseling helps her to use active listening skills and understand what her customers truly want and need when purchasing a vehicle.

One of Allison’s favorite things about being a salesperson is that she gets to meet new people every day. She knows that their experience is not about her; it is about them so she works hard on her customers’ behalf. Allison has developed quite a knowledge of the auto industry and is proud of Bowman Chevrolet specifically, but also GM as a brand and Detroit as a city for making the auto industry a place that can not only survive, but come back thriving.

Allison came to Bowman on a recommendation from her pastor who knew Bowman was looking to hire a bilingual salesperson. Growing up around the corner, Allison never thought she would be working at Bowman Chevrolet, but after her interview she found herself a member of the team. After her training, Allison called a friend and practiced her skills on him, which turned into her first sale. Now, almost three years later, Allison has found a home with Bowman.

So the next time you are considering a new car, or you just want to sit at Allison’s desk and thumb through “The Yuppie Handbook,” stop in and ask for Allison. You will be happy that you did!

Connect with Allison on LinkedIn! 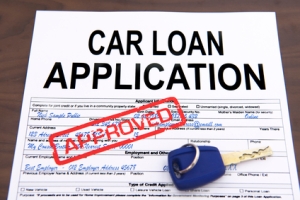 Ryan Hotchkiss, Business Manager, fears that many people don’t look to finance a vehicle because they are afraid of embarrassment or rejection. “Buying a car should be fun,” he says, and “anyone can qualify.” Most dealerships advertise that they can finance anyone, or that everyone is approved, but most people are unsure of what this means or do not think that they will meet the correct qualifications. The truth – Ryan says, is that “anyone can qualify; however, this may come with stipulations.” This means that a buyer may have to put money down on the vehicle, go for a longer-term loan, higher interest rate or finance a less expensive vehicle. There are many great options available and we work with a variety of banks and credit unions in order to make financing work for each individual and situation.

Shop your car – not your credit. Each time you take a test drive – you should not be filling out a credit application. Each time your credit is run it shows as an inquiry on your credit report. While this does not necessarily hurt your score, too many inquiries can cause your score to drop and will also raise red flags when trying to apply for credit. Vehicles are an investment, not just a purchase.  Ryan says to “drive as many cars as possible, educate yourself and know what you are looking for. We can find you exactly what you are looking for, so shop around and compare.” Many dealerships advertise that they can offer you guaranteed financing and will urge you to fill out a credit application for your test drive. Ryan advises against this. Shop around – but buy from someone you trust. The financing process is the same anywhere you go, new or used, so find the car you want and then search for a dealer that you trust. Ryan hopes that we can be that dealership for you, and with an inventory of 400+ new and 150+ used cars with plenty of variety, we hope to help you find exactly what you need  – and finance it at the price you want!

Connect with Ryan on LinkedIn!